Uncle Jack Charles is a survivor. He is an incredibly open and honest man, happy to chat to me, a stranger, about his life and his experiences. What I found was a man who has lived a tough life that is reflected in so many of the stolen generation like a thousand shards of a broken mirror, but has found his place as an elder, a teacher and a healer. Perhaps not only for himself and his family, but for all Australians.

As part of the Australian governments assimilation policy Jack was stolen from his mother at less than a year old and sent off to a boys home to be raised as a white fella. He didn't meet another aboriginal person until he was in his late teens. Only now at 67 he is reconnecting the pieces of his culture and family together. How does a person reconcile that loss? How can anyone expect a child to grow up "normal" when he or she has been stolen and another identity implanted upon them? To expect a positive result is in my mind optimistic at best, and utterly misguided.

Jack ended up as so many of his generation did, living a life of crime and drugs. He tells me he was a failed cat burglar, and although some of his colleagues had a respect for his 2nd story abilities he was caught over 20 times, and he jests at his own ineptness for this type of work. in the early 1970s Jack and his friend Bob Maza opened the 1st indigenous theatre in Australia, Nindethana, and his talent for acting took its rightful place ahead of his talent as a cat burglar. The entertainment industry is full of all the stereotypical humans; broken, insecure, egocentric, talented and wonderful, many of them searching for identity in an industry where identity is often falsified. For Jack however, it seems his career in the arts has helped him to reconnect, to find himself. He has walked the long way round. A self described "raging heroin addiction" was a coping strategy, and while probably dulling the pain for a short time it doubtless was a double edged sword, one that led to incarceration. Today, Aboriginal Australians make up a large percentage of the people in prison, another bleedingly obvious sign of how badly the "assimilation" has failed. The pain is only worsened by white politicians still currently calling the shots on a treaty, constitution or recognition of the historical (some would argue current)  genocidal agenda of the Australian government.

Jack's story all too familiar for Aboriginal people in Australia. The policies of the colonial government were specifically designed to breed out the aboriginal population. I for one am very happy that it failed so spectacularly. We could have learnt so much from a culture that has been in Australia for at least 50,000 years, and we are only now 200 years after white fellas arrived, beginning to understand the depth of this amazing culture of our country. For the stolen generation they have a double dose of this missing link, they are the people who are missing the pieces of their own jigsaw. Piecing that together is difficult as the genocidal policies of the government broke the chain, took their families, their culture, language and their stories.

Jack asked me how he knew me. I replied that he didn't! I simply contacted him after a friend suggested I do so when I was inquiring about him with the aim of meeting and photographing him as he has the right look for my portraiture, one of those faces that tells a story. It is highly likely however that our family members knew each other many years ago at Coranderrk, one of the missions set up in Victoria  to resettle the indigenous people of Melbourne. Jacks great great grandfather John Charles lived there, and my great great grandfather Charles Rolfe was known to frequent the mission and reportedly had a house next door. As a white fella visitor though, there are no records of my relative at Coranderrk, but when i visited 20 years ago the old aunties, then in their 80s, remembered "old Mr Rolfe" fondly from when they were young girls. I would love to know more, but suspect there will be precious little for me to find. I need my own "who do you think you are?" team.

During our chat Jack tells me of a documentary made by Ameil Courtin-Wilson called Bastardy and of how he took Ameil and his naive film crew to his heroin spots for them to film him shooting up, the thought of which makes him laugh.  They followed him everywhere for 6 years. It is this openness that really struck a chord with me, he is so real, so raw. And this from a man who lived a life that would have broken most others. Today Jack is a busy man. Still operating from his humble flat, he is the movie star of the housing commission, his mobile phone chiming away constantly with messages from people who all want a piece of his time. He was meeting up with an old mate from the Box Hill boys home after our meeting, a man he hadn't seen for many many years, all part of the healing.  As well as the movies and TV, Jack has been asked to speak at prisons all over Australia, the black fellas request a visit from him and all line up to shake his hand after his speeches. Why do they listen to this old man? Having an elder visit who has been there, done that and survived must give them a sense of hope that they too can rise above the odds and achieve something positive for themselves. Jack pulls no punches. No doubt his honesty would have some of the white fellas concerned as he talks of the injustice of the system both historical and current, but my belief is that Australia needs to know just how racist it actually is before it can heal as a nation. While there is a blind spot, there is no healing. The tide is turning, it is taking some time, but it is happening. It takes the strength and love of a person like Uncle Jack to bridge the gap. 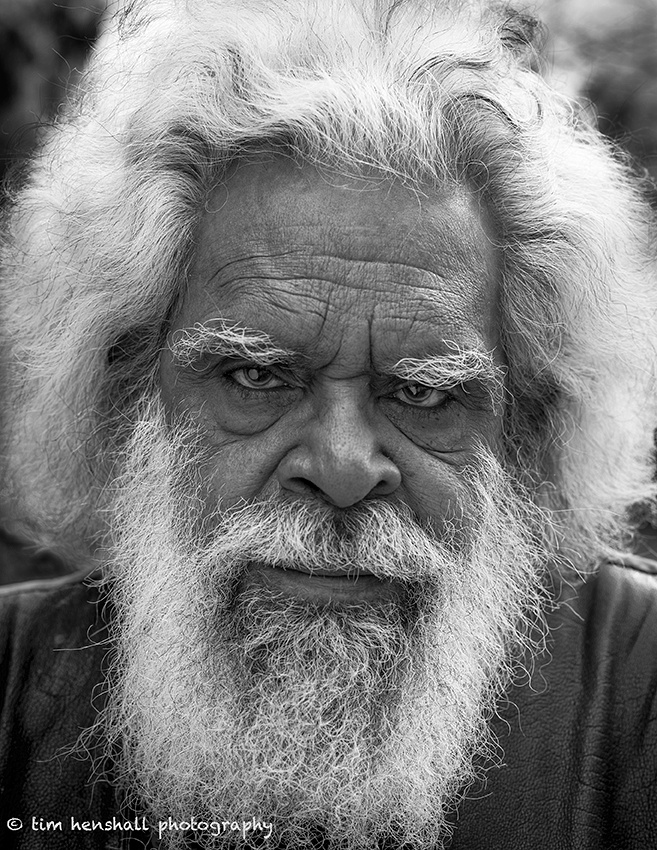